Reflexology is a popular and relaxing holistic treatment based on the principle that reflex points on the soles, tops, and sides of the feet are connected to corresponding areas throughout the body. In this way, the feet can be seen as a “map” of the body.

Reflexologists work on the reflexes with their thumbs and fingers using specialised massage techniques, said to help correct imbalances throughout the body, and help release blocked energy. 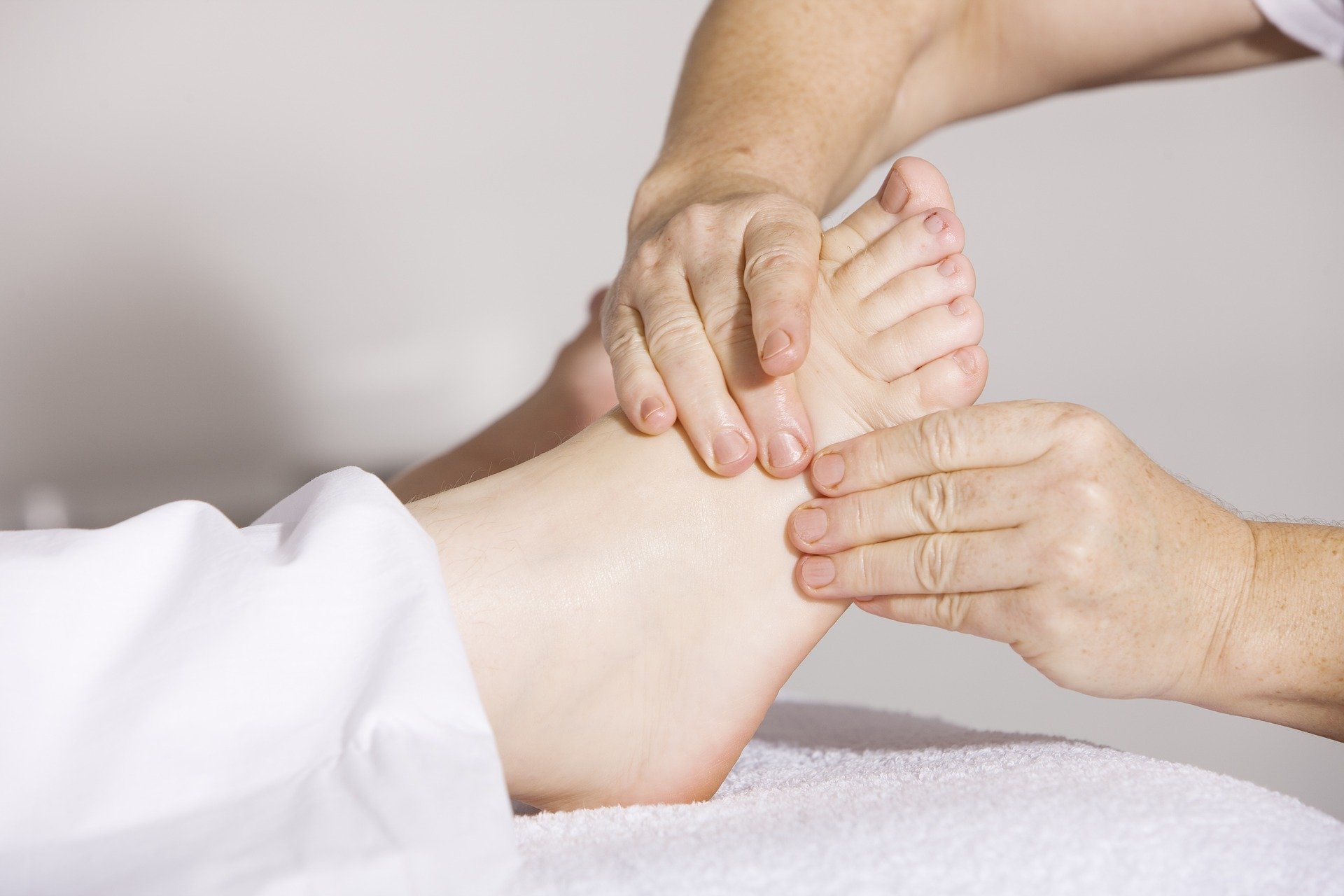 Origins of reflexology - a brief history

The Chinese are said to have used an early form of reflexology more than 5000 years ago in their use of pressure therapies. Egyptian tomb artwork dating from around 2000 BC shows foot massage, too: an indication that the benefits of working on the feet to encourage general good health have been acknowledged for some time.

These ancient forms of foot massage were based on the principle that energy zones run throughout the body.

This principle – which became zone therapy – was further developed in the early 19th century with the discovery that applying pressure in various places along 10 vertical zones the length of the body could ease underlying problems.

These ideas were expanded when practitioners such as Eunice Ingham found that working with the feet was most effective, as they were the most sensitive and responsive areas, with thousands of nerve endings. Reflexology was introduced to Britain in the early 1960s, and its popularity continues to grow.

Can everyone enjoy reflexology? Reflexology is suitable for most adults but there are certain conditions where you should avoid reflexology. To ensure the continued well-being of clients, all treatments begin with a consultation, which enables your therapist to make sure that reflexology is right for you. In some instances your doctor’s permission may be required before treatments can commence, for example, if you have diabetes. An individual confidential record card will be kept with any relevant notes for future treatments.

What happens during a reflexology treatment?

A reflexology treatment lasts for approximately an hour. As it’s just the feet that are being worked on, you remain fully clothed; simply removing shoes and socks.

You’ll be invited to relax on a reclining chair or treatment couch, or to put your feet up. on a footstool. Your feet will be cleansed at the start of the treatment and then a variety of reflexology techniques will be used, adapted to suit yoùr individual needs.

Reflexology can also be carried out on hands as well as feet. The zones running through the feet also have corresponding zones in the hands too.

To gain maximum benefit from your reflexology treatment, try to rest afterwards – this helps your body’s natural healing process.

Drink plenty of water over the next few days – this helps flush toxins. If you have any queries, don’t hesitate to ask your therapist for advice. 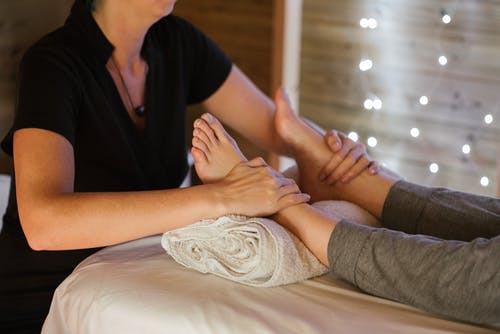 Potential benefits of reflexology can include:

In general terms it has been found that Reflexology will improve circulation and eliminate waste. It also has a positive effect on the nervous system as reflexology treatment helps to reduce nervous tension which can be the root cause of a large percentage of modern illnesses.

Natural therapies such as Reflexology can help to encourage the bodies own forces to go into action and often this will help to speed up the recovery process. 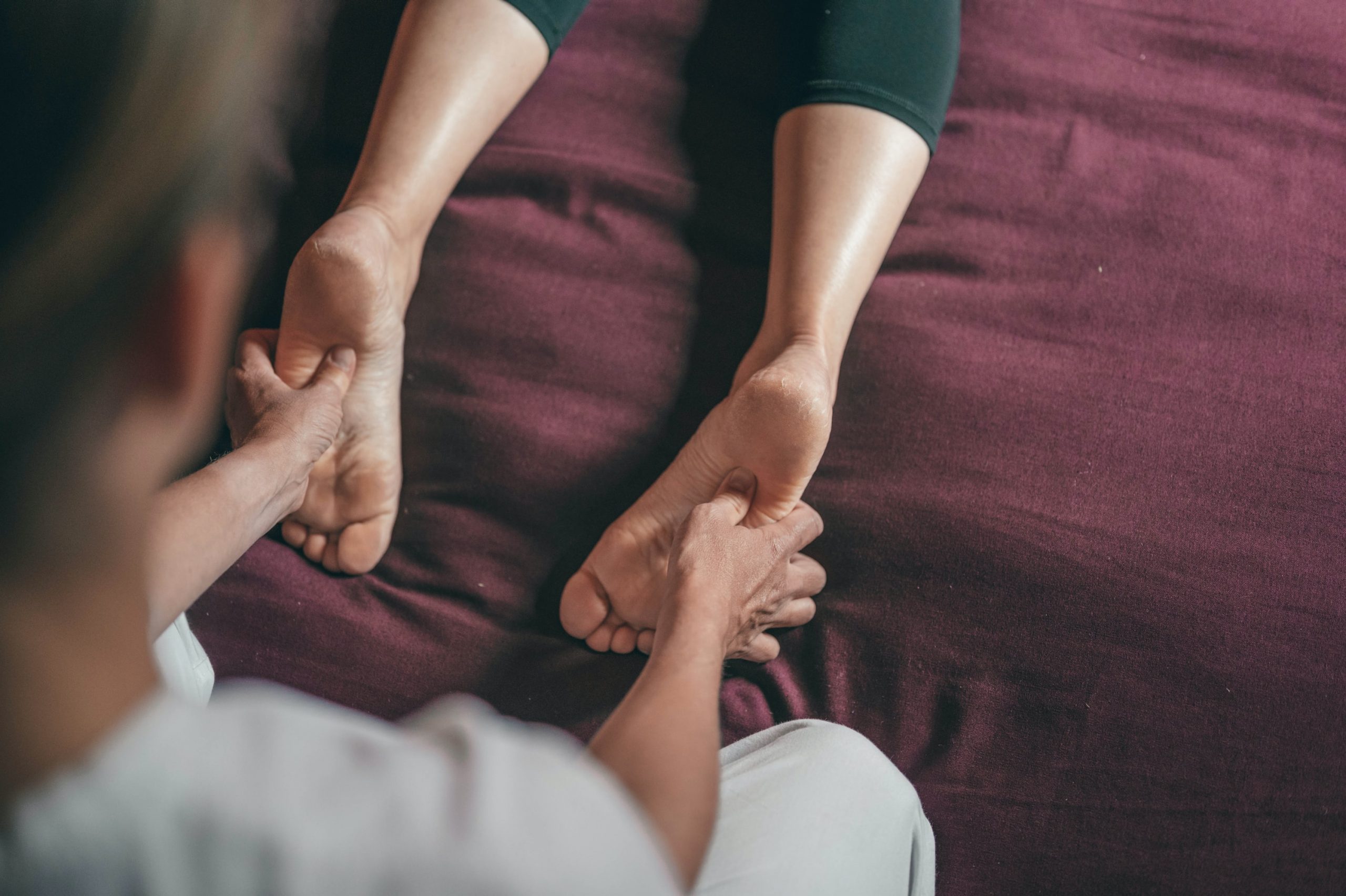 Whether reflexology works on the nervous system, the circulatory system, the endocrine system, the lymphatic system, through an energy system or maybe even way as that of acupuncture – it still remains a subject of debate as to how it works. Many theories have been put forward but as yet none have been proven.

Whether working on a physical, mental or spiritual level, excellent results can be achieved and the method DOES work.

The body can be divided into longitudinal zones that divide the body into 10 equal segments. The zones extend to the toes with 5 zones on the left and 5 on the right. They are similar to the acupuncture meridian lines but are segments right through the body.

It allows practitioners to work on the foot or the feet when working on the actual part of the body which has a problem could cause pain.